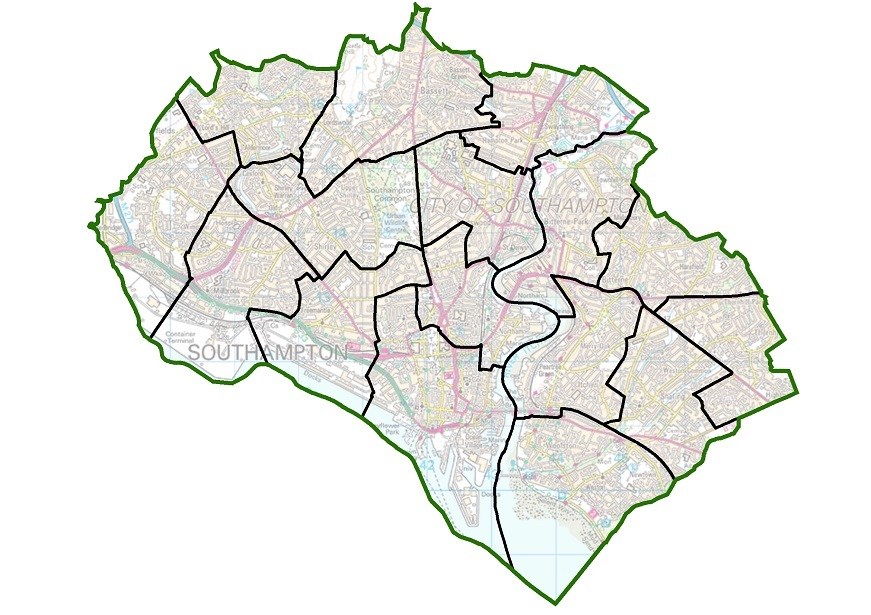 The Local Government Boundary Commission has decided that the number of councillors in Southampton should be 51. This is a change from the current council which has 48.

The Commission wants to hear what residents and organisations think about their local area. A 10-week consultation on the proposals will run until 31 January 2022.

The Commission is the independent body that draws these boundaries. It is reviewing Southampton to make sure councillors represent about the same number of electors, and that ward arrangements help the council work effectively. It wants to be sure that its proposals reflect community ties and identities.

The Commission is interested in views on which communities should be part of the same ward. What facilities do people share, such as parks, leisure centres or schools and shopping areas? What issues do neighbouring communities face that they have in common, such as high numbers of visitors or heavy traffic? Have there been new housing or commercial developments that have changed the focus of communities? And are there roads, rivers, railways or other features that people believe form strong boundaries between neighbourhoods?

The Commission will use local views to help it draw up proposals for new ward boundaries. There will be a further round of consultation once the Commission has drawn up those proposals.

“We want people in Southampton to help us. We are starting to draw up new wards for Southampton. We want our proposals for new electoral arrangements to reflect communities. We also want them to be easy to understand and convenient for local people.

“Residents and local organisations can help us understand community ties and identities at this early stage of the process.

“It’s easy to get involved. Go to our website. Or you can e-mail or write to us.

“Just tell us what you think and give us some details why you think that. It’s really simple, so do get involved.”

The Commission has a dedicated section on its website where people can give their views, have your say on new council ward boundaries.

People can also give their views by: