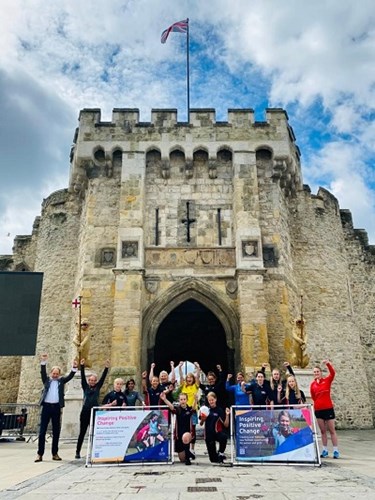 Southampton is excited to welcome the UEFA Women’s EURO 2022 football tournament to the city next year and today, Tuesday 6 July 2021, marks one year to go until the tournament begins.

With the city of Southampton selected as a host city and three games being played here, this brings a great opportunity to ensure that the local area benefits from a spectacular event, but also that women’s and girls’ football benefits at a local, grassroots level for years to come with a lasting legacy.

As part of the legacy, Southampton will launch clear and accessible opportunities and programmes for women and girls to play football where and how they wish - and progress into professional play, coaching or refereeing if they wish to.

Key people in Southampton that will benefit from the tournament legacy and the opportunity it will bring for women’s and girl’s sport, gathered at The Bargate today to launch the 365 day countdown to the event.

The significance of the medieval Bargate location is that this is the UEFA Women’s EURO 2022 host city icon that will see Southampton and The Bargate promoted across the world. 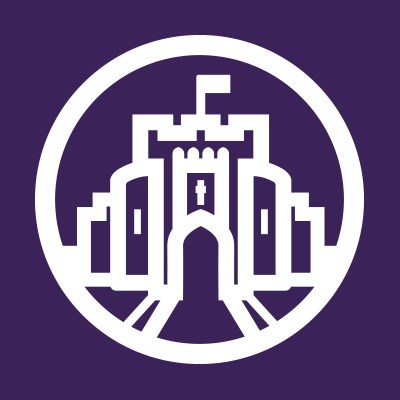 As a collective the legacy programme sets out the plans across the nine Host Cities to deliver 500,000 new football opportunities to engage women and girls by 2024. This will result in 120,000 more girls playing in schools and clubs and 20,000 women playing for fun and friendship. In addition, 300 newly FA-qualified female coaches will double the number currently involved across the host cities, with 350 new FA-qualified female referees officiating to ensure increased female participation in all areas of the game.

"As England is gripped in EURO football fever, the 365 day countdown is on for the UEFA Women’s EURO tournament and we can’t wait for Southampton to be part of that. As we aim to get Southampton moving hosting three games of the tournament in Southampton will bring so many opportunities to the city, not only for the local economy ,but the lasting legacy it will bring for women and young people to participate in sport for years to come."

"We have been working strategically with many local organisations in Southampton to bring together a robust and comprehensive plan to ensure there are opportunities be involved in football before, during and long after the tournament concludes. With only one year to go until the tournament begins, we will be creating and developing local, accessible and female friendly options for residents of Southampton whether they want to play, coach, referee, volunteer or spectate".

"It’s an exciting thought that this time next year, Southampton will be welcoming thousands of people into the city for one of the biggest sporting events in Europe, allowing our businesses to thrive in what we hope will be a COVID-free environment. It’s also fantastic to see that this event will bring more opportunities for women and girls to play football in and around the city through the legacy programme."

Lionesses forward, Lauren Hemp, is excited about it being one year to until the UEFA Women's EURO 2022... and Southampton is a host city!

Find out more about how the tournament will help drive positive change within girls and women’s football.

The first chance supporters will have to apply for tickets for the UEFA Women’s EURO 2022 tournament is on 13 July 2021, via the Pre-Sale, presented by Visa. To ensure this priority access, fans can register their interest now.