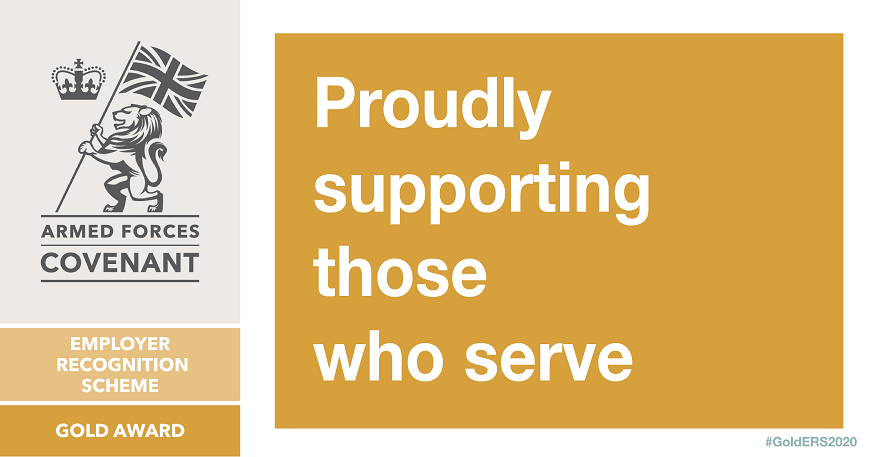 This week Southampton City Council was announced amongst the most supportive organisations for Britain’s Armed Forces, by receiving The Employer Recognition Scheme Gold Award, the highest award achievable for an organisation.

To win a Gold Award, organisations must demonstrate that they provide ten extra paid days leave for Reservists and have supportive HR policies in place for Veterans, Reserves, Cadet Force Adult Volunteers and Spouses and Partners of those serving in the Armed Forces. They also advocate the benefits of supporting those within the Armed Forces community encouraging others to sign the Armed Forces Covenant and to engage in the Employer Recognition Scheme. 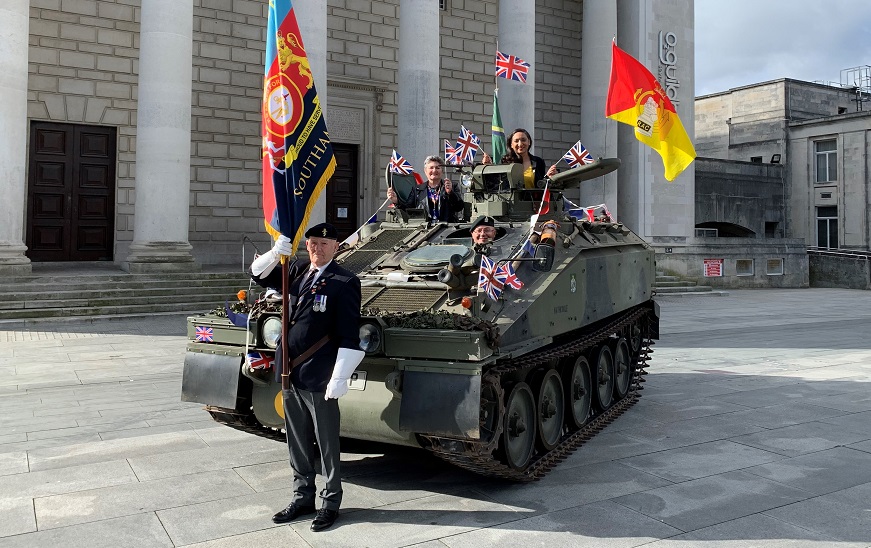 The above photo was taken before social distancing restrictions.

The Council signed up to the Armed Forces Covenant in June 2013, which aims to promote mutual support between Southampton's civilian community and its local Armed Forces community, both past and present. The purpose of the Covenant is to advocate for the Armed Forces population who work and reside in the city, recognising the sacrifices made by Servicemen and women and their families.

Since signing up to the Covenant the council has worked in partnership with staff, members of the Armed Forces and local organisations, to ensure the Covenant is upheld. This has involved refining our policies, setting up an Armed Forces staff network, promoting reserving and marking events within the armed forces community calendar such as remembrance events and awareness days or weeks. 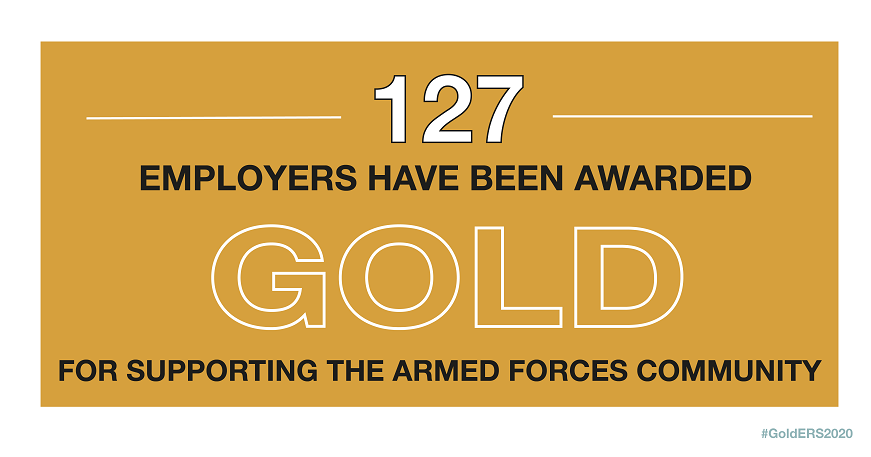 2020 marks the seventh year of the awards scheme and this year’s 127 award winners join a group of 226 winners from previous years bringing the total to 353 organisations who can share their knowledge and experience on the benefits of employing those from the Armed Forces community. Councillor Satvir Kaur, Cabinet Member for Homes and Culture, said: “As an administration we were proud to sign up to the Armed Forces Covenant and it’s great the city’s contribution and efforts to support those serving has been recognised through this Gold Award announcement. Thank you to everyone that continues to play their part and make this possible.”

Councillor Catherine McEwing, who champions support for the Armed Forces Covenant at Southampton City Council, said: “It fills me with great pride to have earned the Gold Award as part of the MoD’s Employer Recognition scheme and thank you to all those at the council who has worked hard to achieve it. I would encourage other employers in the city to sign the Covenant and show their support.”

For more information and support for the armed forces community visit: www.southampton.gov.uk/armed-forces-support

Local support for veterans and the armed forces community can be found here: