Southampton’s Outdoor Sports Centre first opened in 1938 with a far-sighted objective to “promote health to untold numbers and prove to be one of the outstanding assets of a town”. Although a number of changes and improvements have been made to the facility over the years, the council recognised that there was considerable interest in establishing a future vision for the Outdoor Sports Centre which would enhance its offer for both competitive sports and leisure users. 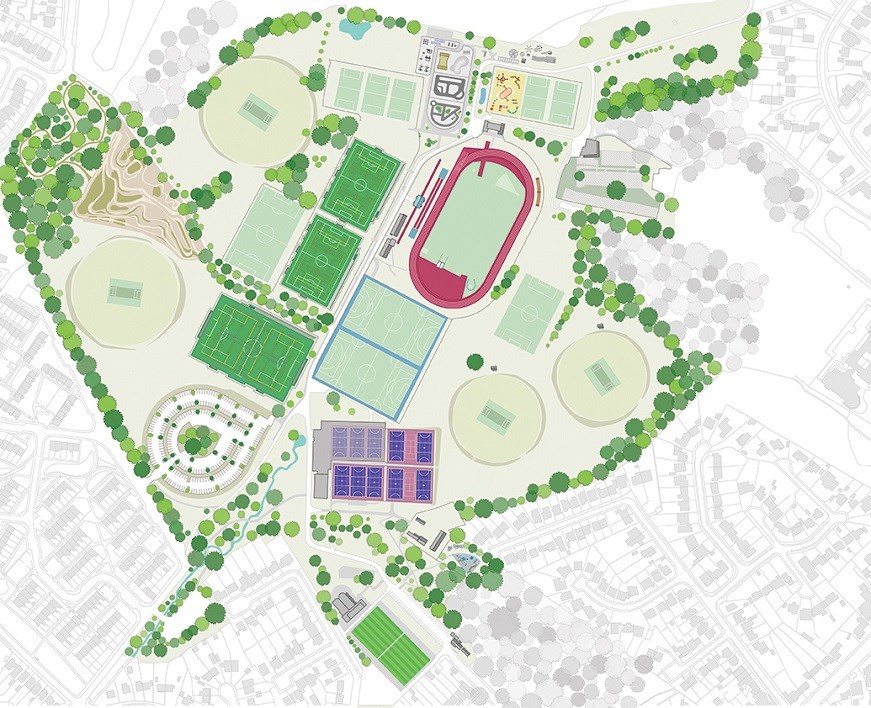 Over previous years, the council has engaged with the local community and sports clubs to identify key themes and ideas for improvements. This early feedback informed a draft improvement plan which was reviewed and commented on by over 1,200 people in 2015, 89% of whom agreed with the suggested priority areas for improvement which were listed as: Development of hub(s), sports facilities, creation of physical activity opportunities and infrastructure improvements. Since then, the council has been working with partners to develop the Draft Masterplan of Improvements for which £16.85 million of funding is allocated in the council’s capital programme.

Improvements proposed in the draft masterplan include:

The Draft Masterplan of Improvements also proposes other enhancements to paths, seating, lighting and environmental features across the entire site.

There are many potential benefits to improving Southampton’s Outdoor Sports Centre including an opportunity for more people to be attracted to an active and healthy lifestyle leading to improvements in physical and mental health. This is a key objective in the council’s Health and Wellbeing Strategy 2017 – 2025 which focuses on the ambition to significantly improve health and wellbeing outcomes and reduce city-wide health inequalities in Southampton by 2025.

“This consultation is an opportunity for everyone to comment on the proposals to improve Southampton’s Outdoor Sports Centre for the current and future generations of our city. Not only will these improvements enhance the city’s main venue for outdoor sports, it will also boost the local economy and create new jobs whilst providing the best outcomes for the city by enhancing our natural environment and improving the everyday life for our communities.

“The changes are essential if we want to support our local sports clubs, their community initiatives and larger city-wide and regional sporting events as we continue to Get Southampton Moving. The regeneration of the centre will also play a part in creating a positive legacy from the UEFA Women’s Euros taking place in July 2022.

“The proposed improvements support the council’s ambition to become a City of Culture, these changes will significantly improve the suitability of the Outdoor Sports Centre to cater for and host a variety of sporting events. I encourage everyone to take part in the consultation, review the proposed improvements and submit their feedback.”

You can take part in the consultation and submit your feedback online or you can request hard copies of the documents at your local library.

After 31 October 2021, feedback and suggestions will be reviewed and considered before any decisions are taken in relation to the Draft Masterplan of Improvements for Southampton’s Outdoor Sports Centre.