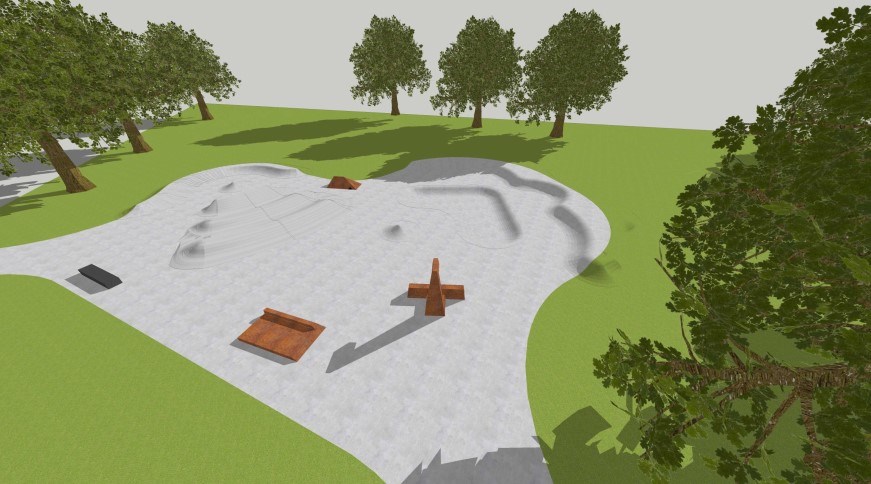 Rich Holland has designed numerous skateparks around the globe and is working in partnership with the John Hansard Gallery and Skate Southampton to create a striking new skate park for Southampton’s skating community. The bespoke nature and strong design value will raise Southampton’s profile on a national and international scale. The John Hansard gallery is funding the design and Southampton City Council will fund and build the low maintenance skate park.

"We are extremely excited to be working with Rich Holland to shape the future of the skate landscape of Hoglands park. Together with Southampton City Council and the John Hansard Gallery we have been working hard behind the scenes to enable the design and build a new free, open, and inclusive space in the heart of our city. We still have a lot of work to do but once it's complete it will be an incredible asset and one that hopefully inspires people across our area."

“The skate scene in Southampton is growing and a newly designed skate park by someone as renowned as Rich Holland is a huge boost. He's been involved in some incredibly successful international projects so I have no doubt this will benefit the entire city and put Southampton on the map. We are committed to ensuring that all our parks have high quality facilities for across the city for all to enjoy, and this project is another step towards that.”