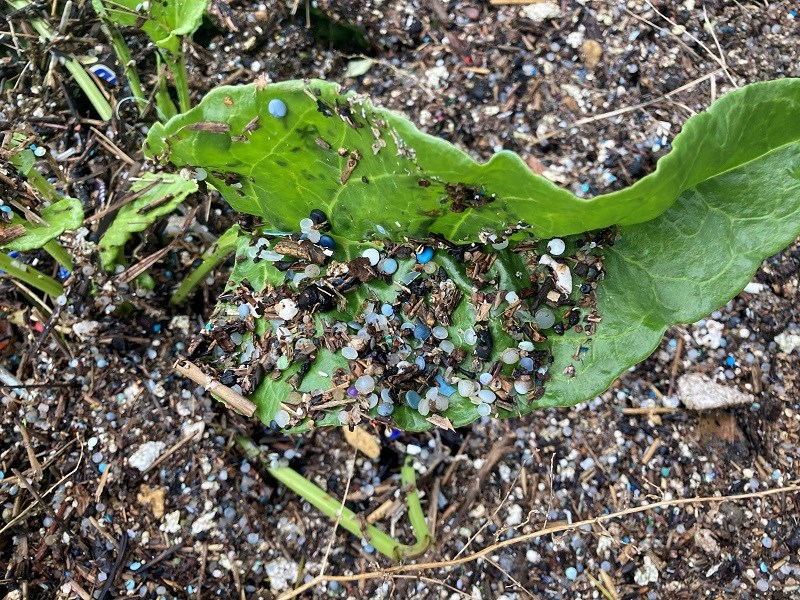 Nurdle are the not for profit organisation responsible for trialling the revolutionary clean-up of plastic pellets from an internationally important nature reserve in Southampton. The two day trial is taking place on 18 and 19 August at Chessel Bay nature reserve, which has been drastically polluted with tiny plastic pellets, called ‘nurdles’.

Nurdles are tiny plastic pellets (approx 4mm in size) used in injection moulding machines when creating most of our plastic products including single use plastic bottles, containers, shopping bags and supermarket packaging. When spilt into waterways they become prolific pollutants.

The project, which is one of the first in Europe, has received funding from the Environment Agency, who have issued advice and guidance to manufacturers to prevent further pellet loss into the environment; stopping it at the source. Now, Natural England and Southampton City Council have issued consent for the go-ahead for a trial clean-up of the reserve.

Nurdle have designed a prototype machine to remove microplastics from the environment, focussing specifically on these pre-production pellets, that was tested on 11 beaches around the South West last year. As a result of the work undertaken at Chessel Bay, they have partnered with the cleaning company Karcher and over the last four months have produced a second machine, designed specifically to improve the health of Chessel Bay. The machine works by way of vacuuming up the material, sieving and separating it from organics and removing the nurdles.

Leader of Southampton City Council, Councillor Daniel Fitzhenry, said: “I applaud the ground breaking and innovative work being done by the Environment Agency and Nurdle to clean up this plastic pollution from a Site of Special Scientific Interest here in Southampton.

“These tiny plastic pellets threaten the health and wellbeing of the bird and marine life in Chessel Bay and elsewhere, and once spilled they are exceptionally difficult to clear up without causing further damage to the environment. While it is fantastic news that it looks as though this machine will be able to effectively clear up after these spills, we need to ensure that they’re not happening in the first place.”

As part of the project, the University of Southampton will be studying the positive and negative impacts of the clean-up on invertebrates and plant life, and both the University and Nurdle will be measuring the return rates of the pellets at the site.

University of Southampton microplastic researcher Dr Malcolm Hudson said: “The build-up of plastic on the nature reserve on the Itchen is an absolute disgrace, and could be very damaging to protected wildlife. The University is very pleased to be able to help on this important project which could improve the health of the local coastal environment enormously.”

If successful, this revolutionary new project will pave the way for the full site clean-up next year. As well as providing a blueprint to prevent and clean up this pollution in the future across the UK, helping to make sure our nature reserves, oceans, and wildlife are better protected from poorly managed industrial practices.