Southampton City Council recently approved an additional £10m investment to resurface residential roads and pavements across the city – boosting investment to a record £22m over the next two years. As part of this programme the council and its highways partner, Balfour Beatty Living Places, is pioneering a new method for resurfacing which puts waste rubber that would have otherwise ended up in landfill to good use.

40million waste tyres are produced every year in the UK and around 120,000 tonnes of rubber waste is exported from the UK annually.

Rubber Modified Asphalt enables these old tyres to be converted into new roads and footpaths. As a result, they help to offset the environmental impact of highways maintenance activities.

These warm mix asphalts are manufactured and laid at lower temperatures than conventional hot mix, resulting in lower CO2 emissions during production and less energy use. 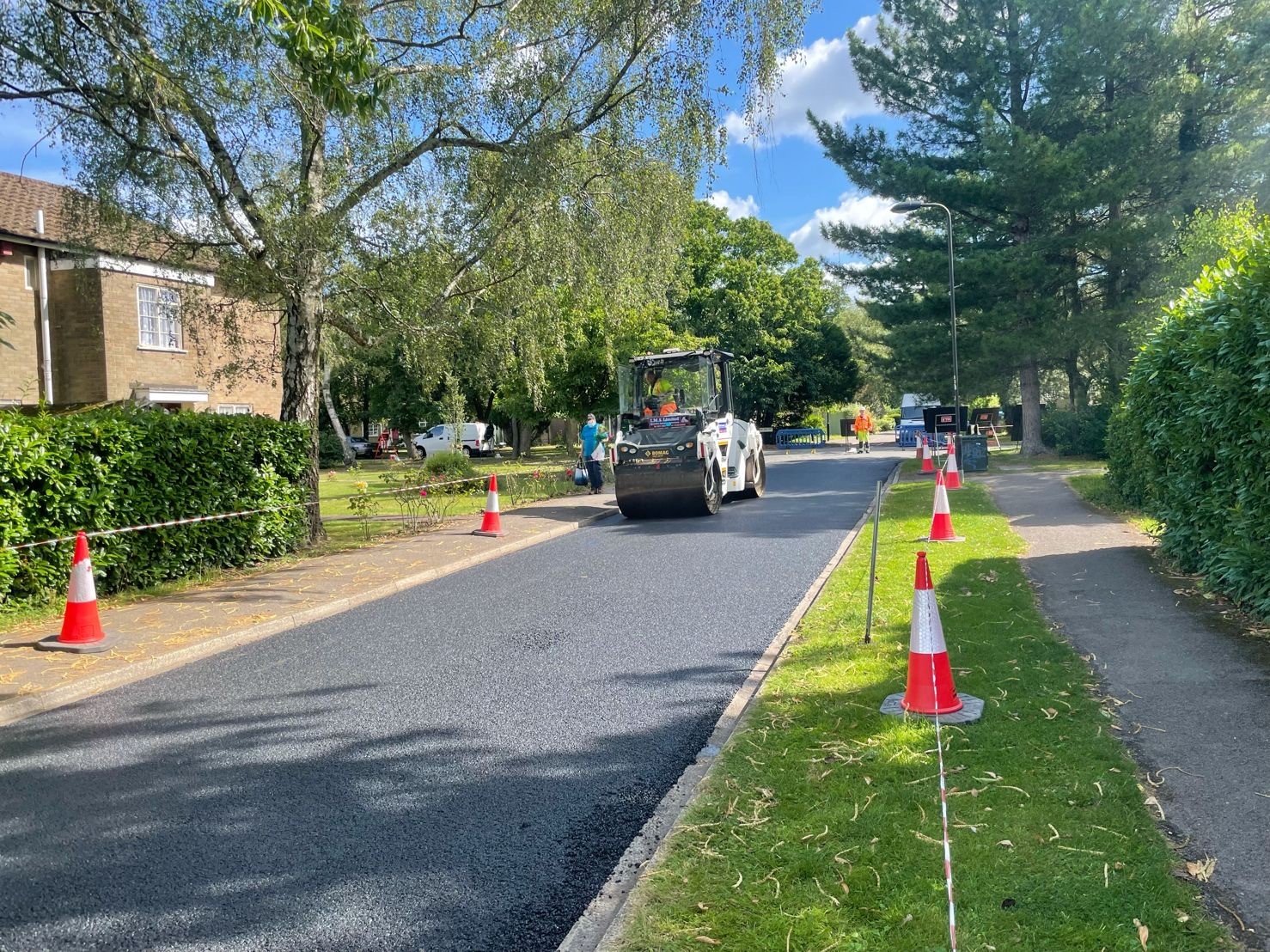 Pine Drive in Harefield was recently resurfaced as part of the programme (see picture above). This one project alone resulted in saving an estimated 450 tyres from landfill, an 8% reduction in carbon emissions and a saving of around 1.2 tonnes of carbon.

“It’s great to see the vital work of improving our roads and pavements progressing in an innovative way that reduces its environmental impact - saving tyres from landfill and reducing our carbon footprint. We approved much needed new investment of over £10m in resurfacing in our mid-year budget and people will soon be noticing the benefit on roads and footpaths local to them across Southampton.”