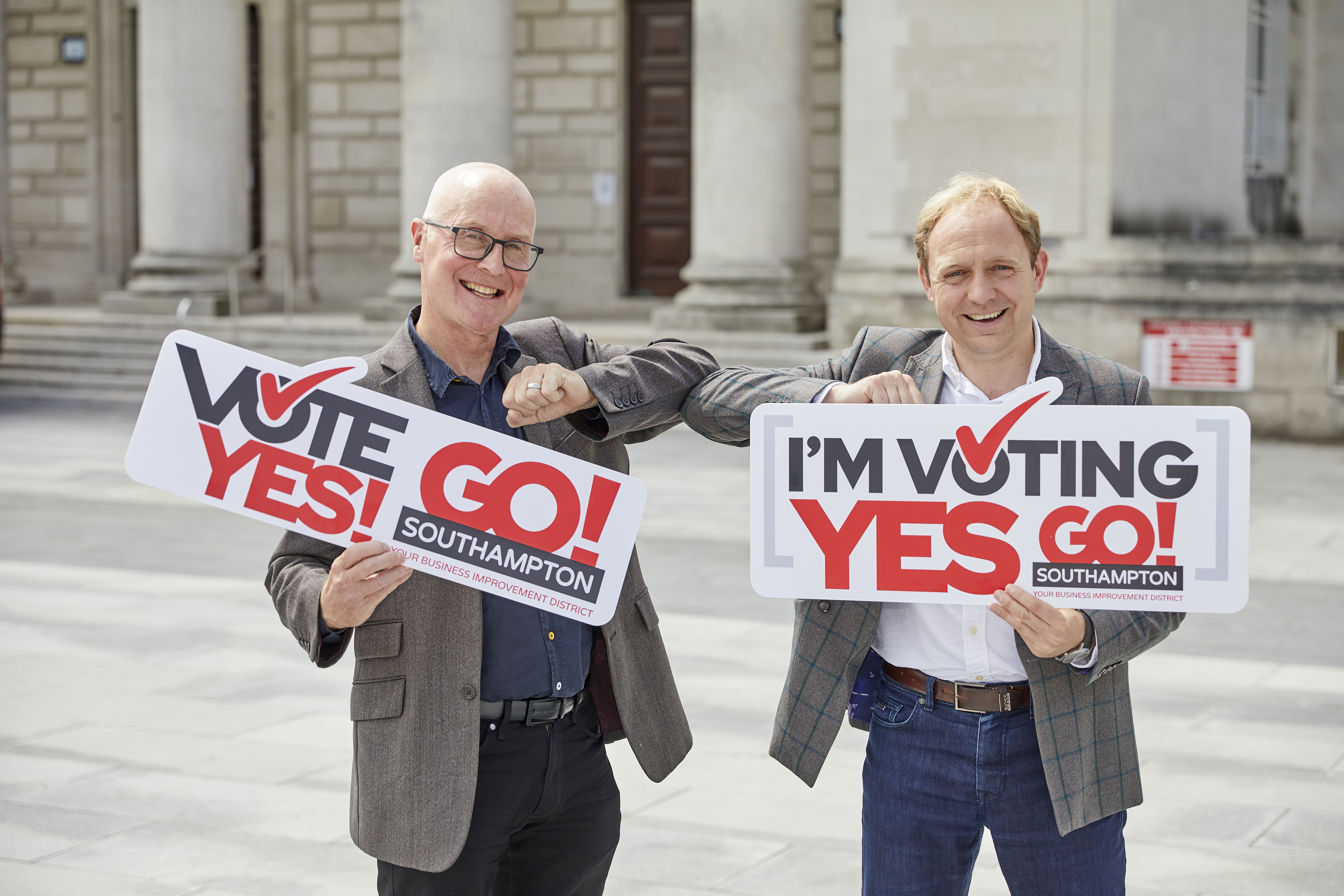 On 19 July, at a Cabinet meeting, Southampton City Council cabinet members voted to support GO! Southampton's (the Business Improvement District - the BID) tenure for a further five-years from 2022-2027. A Business Improvement District (BID) is a defined area in which a levy is charged on eligible business rate payers. This levy is used to develop projects that bring direct benefits to those businesses.

The BID came into being on 1 April 2017 after a successful ballot the previous November. It was set up with the aim of maintaining and building on Southampton’s position, ensuring that businesses continue to thrive, and capitalising on the many new opportunities arising in this dynamic city. The BID plan to invest £6.45 million into the city over the next five years.

634 Southampton levy-paying businesses make up the BID and includes Southampton City Council. The BID area includes the city centre, stretching up to Bedford Place and London Road in the north, down to Town Quay and the Mayflower park in the south, across to Ikea and the West Quay and Mountbatten retail parks in the west and taking in Oxford Street, the city centre parks and Southampton Solent University in the east.

“We’re very pleased to be supporting GO! Southampton’s ballot this year and we will be encouraging businesses to also back the BID so they can secure another five-year term.

As a levy payer ourselves and a key partner, over the past five years we have worked closely with GO! Southampton to help improve our city centre and businesses thrive. Improvements we have been able to work on together include enhanced cleansing and maintenance operations for the city. They have also improved coordination of the city’s marketing and delivered crowd drawing events, helping to build Southampton’s city visitor numbers and reputation.

We hope to work with the BID for another five years so we can build on this work and help to Get Southampton Moving, creating a thriving city centre experience and both protecting and creating new jobs.”

“It’s very pleasing to pass this important milestone and we thank the Leader and the cabinet for their unanimous support. It’s also pleasing that the decision coincides with the full opening-up of the city-centre – a day our businesses have awaited with eager anticipation after a miserable 18 months.

“Our 2022-27 business plan genuinely reflects the wishes of our members with whom we have had many conversations over the last few months. If the plan can be achieved in full, it will continue the transformation of the city-centre into a world-class commercial destination.

“The plan will be launched to our members on 8th September. We will then be campaigning strongly for a ‘yes’ vote in the postal ballot later in the autumn. We hope that the BID has delivered value to its members during a difficult time and that this will be reflected in the ballot result. We will however never be complacent.”