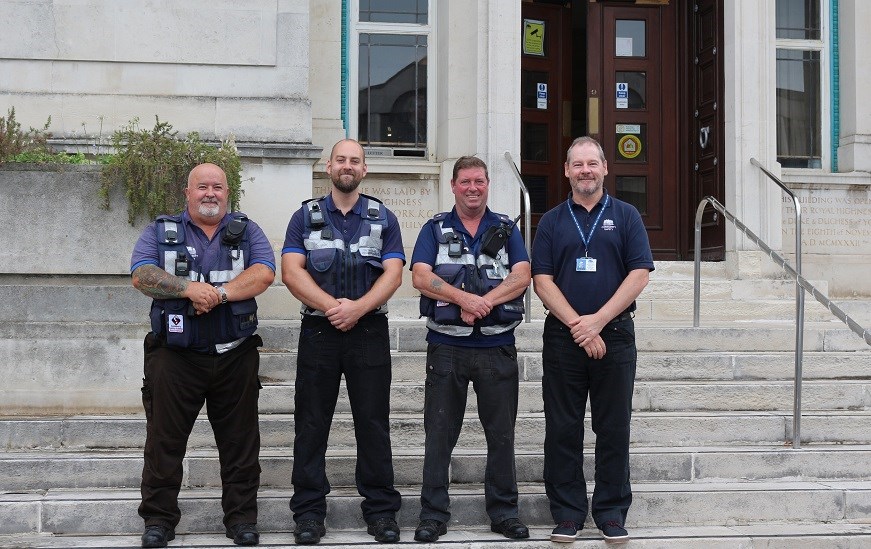 Earlier this year (2022), as part of efforts to tackle anti-social behaviour, Southampton City Council consulted on proposals to extend controls on street drinking (the consumption of alcohol in a public place). The results from the public consultation found that 87% of respondents agreed with the proposals to continue PSPO controls on street drinking for a further three years.

Public Spaces Protection Orders (PSPOs) are aimed at ensuring public spaces can be enjoyed free from anti-social behaviour and gives police officers and Police Community Support Officers (PCSOs) powers to tackle street drinking. This includes the ability to seize and dispose of alcohol being consumed within the designated area.

Now, City Welfare Wardens also have the authority to ask people to stop drinking in a public space, if not compliant with the Public Spaces Protection Order, having undertaken training approved by Hampshire Constabulary.

“Our city welfare wardens help to keep our communities, environment and the public safe by preventing crime and working with vulnerable members of the community. These added powers will strengthen the already close partnership working that our teams have with Hampshire Constabulary and will enable our Community Safety teams to deal with persistent issues, such as street drinking. We will continue to support our police colleagues with providing an effective response to some of the issues faced by local residents and businesses, such as anti-social behaviour and contribute towards making Southampton a vibrant and attractive city where people feel safe.”

“Everyone should be able to enjoy all Southampton can offer without fear of feeling unsafe or threatened by antisocial behaviour.

“Tackling the root causes requires a team effort, which is why these new powers for the City Welfare Wardens will be a great support to us as a force.

“By working with our officers and PCSOs - who will continue to patrol hotspot areas and enforce the law - together we can take an important step forward in making Southampton a safer place to live.”

Police and Crime Commissioner for Hampshire and the Isle of Wight, Donna Jones said:

“As Commissioner, I know that reducing anti-social behaviour requires both the council and police to work together to problem solve, that’s why my police and crime plan outlines a multi-agency approach to tackle the issue.

“It is clear from the survey that people want extra enforcement when it comes to street drinking and other related anti-social behaviours. I am really pleased to see that wardens, not just police officers and PCSOs, are now equipped to further reduce the issues in the city centre and address what is clearly an ongoing concern for those who live, work and visit the centre of town.”

A person who fails to comply with the requirements of the PSPO by drinking alcohol in a public place is committing an offence and may be issued with a £100 fixed penalty notice by a police officer or PCSO.

A PSPO can last for up to three years, after which it must be reviewed.

Find out more about Public Space Protection Orders in Southampton.