Organisations from across Southampton came together to raise mutual awareness of the local, national and international efforts to tackle Violence Against Women & Girls (VAWG)

Organised by Southampton City Council, the Tackling Violence Against Women and Girls event, held at Saint Mary’s Stadium on Thursday 17 February 2022, presented an opportunity for key partners to promote a co-ordinated approach and a unified understanding of the issue to help make Southampton a safer place for women and girls as well as shaping the strategic response. This includes the police, local support services and members of the health and education sector

According to the Southampton Safe City Strategic Assessment 2020/21, violent crime, domestic crimes and sexual offences featured consistently among the top priority areas for the last three years. Despite the decline in the volume of some of these offences and changing patterns over the last year, these three areas remain a priority for the Safe City Partnership.*

“This conference provided another opportunity to raise awareness that violence against women and girls must end. We know that certain crimes disproportionately affect women and while many projects and interventions already exist to help prevent these crimes in Southampton, it’s clear that more must be done to create feelings of safety in the city, and for the public to have confidence that we are all taking action.

“Thank you to everyone who attended and participated in the discussions that will help shape our co-ordinated approach. It’s only by working together that we can help tackle this important issue and increase feelings of safety in Southampton.”

“Sexual and violent crimes against women and girls must stop. We all have a part to play in preventing these offences from happening in the first place, and in ensuring that when someone is a victim they receive the support they need and the justice they deserve.

“There is a lot that is being done to tackle these brutal crimes. At a national level there is the new Government VAWG strategy, the National Police Chiefs Council’s VAWG framework and legislative changes including the Domestic Abuse Act. Locally, partners are working together to deliver change through the VAWG Taskforce I set up and by coming together at events like the Southampton Conference. There is work already underway to embed Trauma informed practice, improve access to support – for example the new Independent Sexual Violence Advisor (ISVA) service contract with Yellow Door, to expedite the criminal justice process and to make our public spaces safer through the Safer Streets projects.”

“It is clear that tackling Violence Against Women and Girls requires a cross-sector approach which is why this conference was a really important moment for the city. Violence against Women and Girls touches a wide range of crimes, and male violence has many root causes. It is a complex task but we’re confident that if all agencies work together, in public, private and voluntary sectors, we can start to make a change. As the police, our role is an important one and we were able to talk today about what we are doing to relentlessly pursue perpetrators and make public spaces safer for women and girls, but we know there is always more to do.

“Building trust and confidence with women and girls and listening to feedback is the bedrock of our mission to make Southampton a safer place. We were really pleased to see so many passionate people discussing this issue. Listening to the stories of the work of other agencies and finding opportunities to work together helps us build a bigger and better strategy to reduce Violence Against Women and Girls, at home, at work, at school, on public transport, in public spaces, everywhere.”

The council has received £192,545 as part of the latest round of the Government’s Safer Streets fund, created to increase the safety of public spaces for all. This particular round has an emphasis on the safety of women and girls. The funding will be used to target the root causes of violence against women and girls, by educating school children about healthy relationships and positive behaviours and encouraging them to challenge gender stereotypes. The funding will also be used for physical interventions, such as CCTV and lighting as in previous rounds of the Safer Streets fund.

Following a successful bid to the Home Office, the council has also been awarded an additional £150,000 to improve the safety of women at night. It will help to fund a number of initiatives focused on preventing violence against women and girls (VAWG) in public spaces at night, including in the night-time economy. One of the ways the funds is being used is through an increased security presence in the city centre, through Safe and Well Monitors who help women who may have become separated from friends or may be vulnerable, Street Security and Street Pastors. 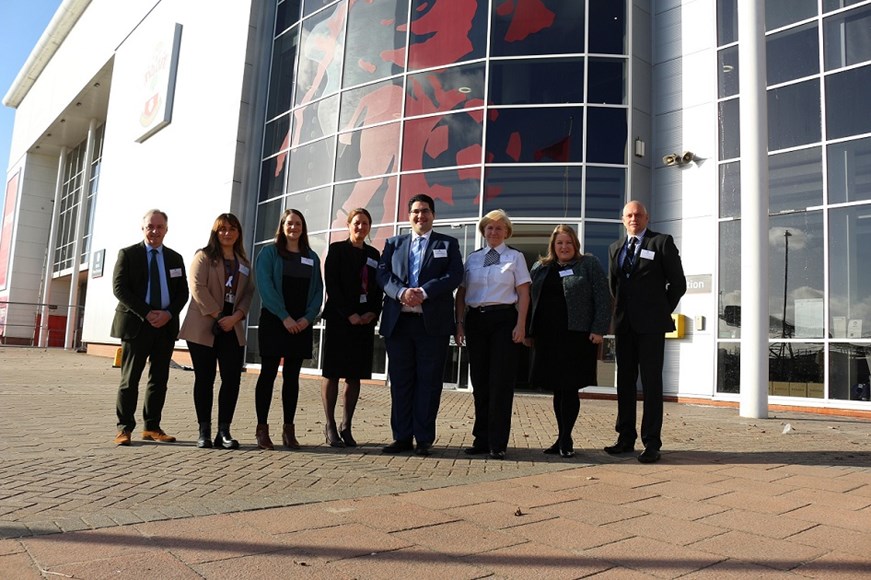