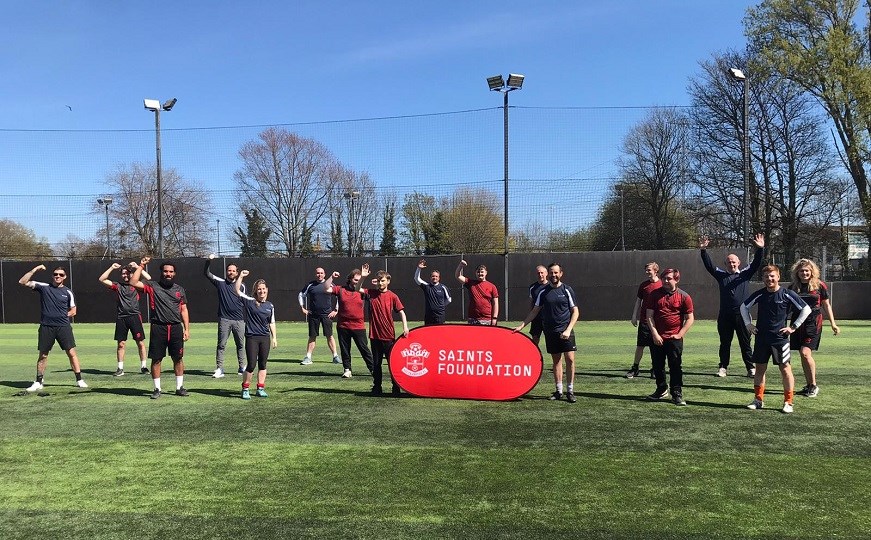 Southampton City Council embarked on an exciting programme working alongside Southampton Football Club’s Saints Foundation, Balfour Beatty and Goal 17 to help transform the lives of young people from the city.

This is the second year of this employability programme for young adults that has been run by the team. This initiative is a partnership between Goal 17, Saints Foundation, Southampton City Council and Balfour Beatty providing 10 weeks of one-on-one mentoring to vulnerable young adults in Southampton.

The young people will receive wellbeing and employability training through the Foundation’s Saints Works programme, alongside one-to-one mentoring from volunteers in the Southampton team. This blend of training and support will hopefully see the young people transform their prospects with many gaining permanent employment.

The Mentors will be taking time away from their normal working agendas to train in mentoring skills and support the young people. The idea came from Balfour Beatty’s Living Places Southampton Contract Director, Brian Hammersley, who heard about similar programmes being run in other regions of the UK by the social enterprise, Goal 17. He reached out to their founder, Fran Boorman, who has coordinated establishing this programme in Southampton.

Speaking at the launch event on Thursday 5 May 2022, Brian said:
"Following the very successful first cohort of the Goal 17 programme in 2021, there was significant interest from both our customer team and supply chain to run a follow up. Having worked closely with Goal 17 and Saints Foundation we have established a larger group of mentors and look forward to working with a fantastic group of young people to develop both their skill sets and our own, over coming weeks."

Councillor Darren Paffey, Deputy Leader and Cabinet member for Children and Learning, Southampton City Council comments:
"Mentoring is so important for our young people today; it offers fantastic support and instils the values they need to flourish in their communities and society. Young people get so much out of these positive relationships, and having inspiring role models is a brilliant opportunity. I’m thrilled that we launched this initiative in Southampton, and I hope that this year we can really build upon the group of mentors that we created last year. I look forward to welcoming our new group of young people and seeing how they develop their skills and confidence through this program."