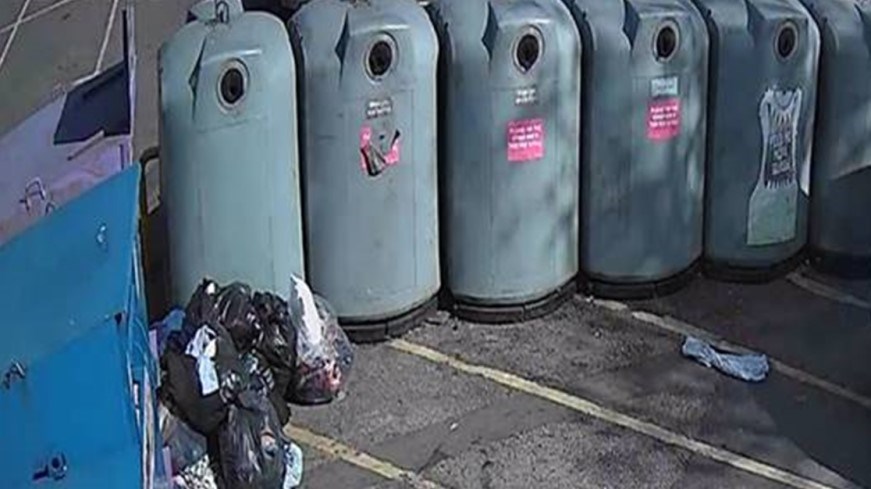 The successful trial of three units has also resulted in the issuing of £400 Fixed Penalty Notices (FPNs) to a number of offenders, with further cases also under investigation.

We also continue to pursue large scale or repeat fly tippers with the aim of securing heavy fines or prison sentences. Smaller scale instances of fly tipping, including those recently captured by the CCTV units that have been located at some of the recycling bank areas around the city, have been dealt with via Fixed Penalty Notices. The FPNs provide us with a more immediate means of enforcing a punishment , offering us an additional method of deterring those who dump rubbish.

The solar battery-operated cameras can easily be moved depending on need and will be deployed in other key areas of the city in the coming months.

Drummond Drive, Westridge Road car park, and Green Park car park in Wimpson Lane were all suffering large scale, frequent fly tipping before the CCTV signage and cameras were installed, with a marked reduction at the sites since their introduction.

A new Environmental Protection Officer has also just been appointed, increasing the team to four members, offering further resource to tackle the issue and investigate when necessary.

"We're urging everyone to dispose of their rubbish in an environmentally friendly and socially responsible way. Loving where you live and showing pride in your community costs nothing, but the council having to clear up fly tips costs everyone money. Please do the right thing and dispose of unwanted items in a conscientious way.

"The council is taking a proactive approach to catch, fine or prosecute those that fly tip. There have been positive results since the deployment of the mobile solar powered CCTV units, targeting hot spots. You can report a fly tip for clearance and provide information to help us catch fly tippers on our website."