"I would like to express my great sadness both personally, on behalf of the city council, and the citizens of Southampton on hearing the news of the passing of Her Majesty Queen Elizabeth II.

"Queen Elizabeth’s sense of duty and grace made her loved and admired by people of all ages not just in this country but throughout the Commonwealth and the world. Our thoughts and prayers are with our royal family at this time."

Bank holiday for the Queen's Funeral

A national bank holiday has been declared to mark the Funeral of Her Majesty Queen Elizabeth II on Monday 19 September 2022.

The State Funeral of Her Majesty The Queen will take place at Westminster Abbey on Monday 19 September at 1100hrs BST (11am).

A National Moment of Reflection to mourn the passing of the Queen and reflect on her legacy will take place at 8pm on Sunday 18 September. This will be marked by a one-minute silence which can be observed privately at home, with friends and family, on doorsteps, or at locally arranged community events and vigils.

For more information about local ceremonies and events, please return to this page, which will be updated as necessary.

The BBC is providing local communities a TV Licence dispensation. The dispensation will allow any communal setting where TV is not usually watched, such as town halls and community centres across the UK, to screen the live programmes without needing to purchase a licence.

The floral tributes will be removed at the end of Tuesday, after which they will be turned into compost to be used for the planting of a tree in memory of the Queen. 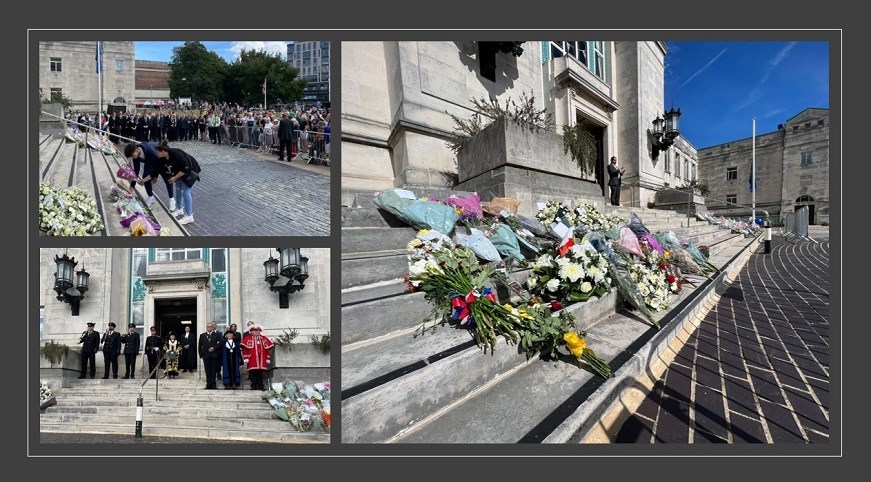 The reading of the City Proclamation

The City of Southampton Proclamation of King Charles III took place at 2pm on Sunday 11 September 2022. The Lord Mayor and Deputy Lieutenant of Hampshire announced the new Sovereign in the presence of Honorary Aldermen, past Mayors, Councillors and other Civic Dignitaries at the Civic Centre. 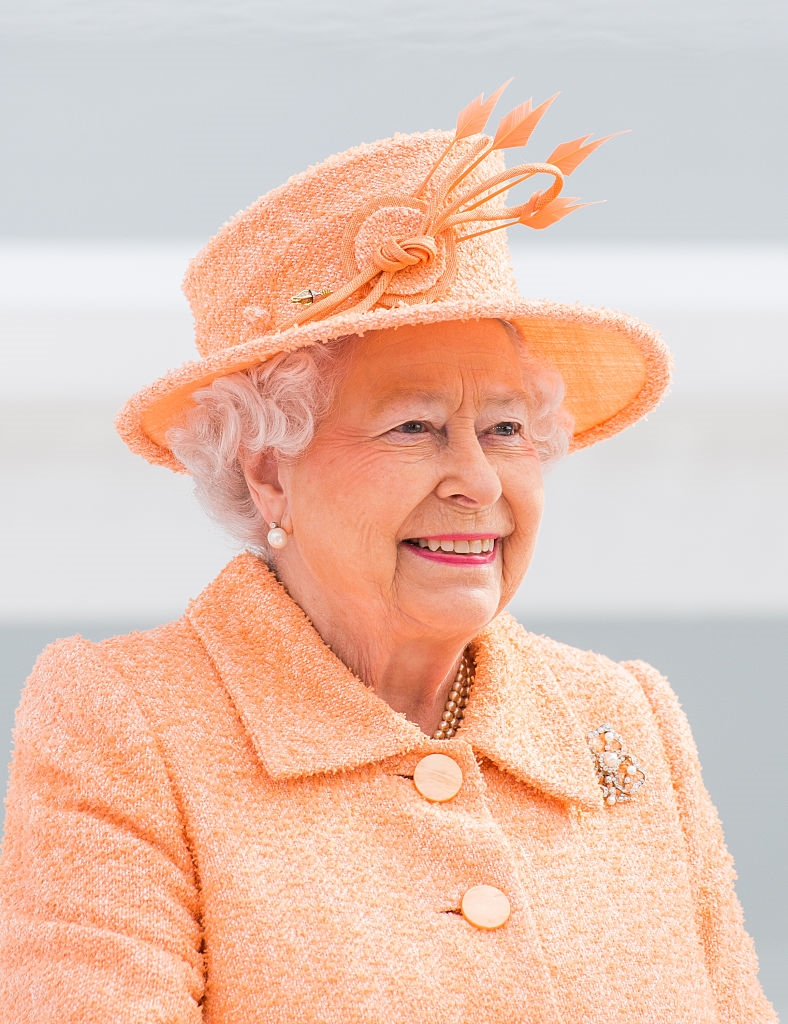 We raised our flags on Saturday 10 September at 11am to coincide with the national proclamation of King Charles III. Our flags remained raised until our city proclamation finished on Sunday 11 September, when they were lowered to half-mast again as the period of mourning resumed.

Books of condolence will be available to sign in the Civic Centre and Central, Bitterne, and Shirley libraries.

The Civic Centre will be open for signing the book of condolence on Sunday 11 September from 9am to 5pm, and from Monday to Friday 9am to 5pm thereafter.

Books of condolence are open to sign during regular opening hours in the Central, Bitterne and Shirley libraries from 10am on Friday 9 September. Please click the following links for library opening times: Central Library, Bitterne Library, and Shirley Library.

There is also a digital book of condolence which you can sign by visiting the Royal Family website.

All formal council meetings have been postponed until after the state funeral. This includes the Full Council and Cabinet meetings that were due to take place this week. New dates and times are to be confirmed.

This page will be updated with more information as it becomes available.