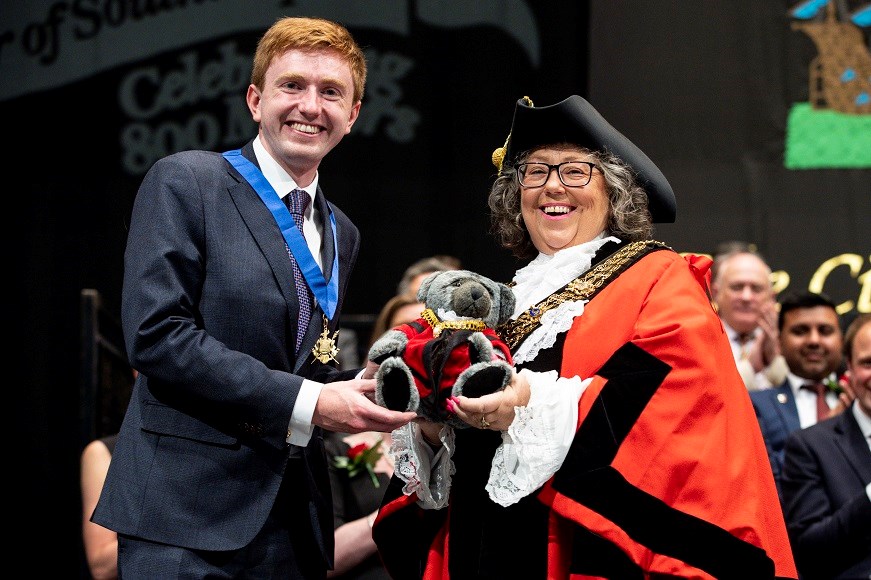 At the ceremony at Southampton 02 Guildhall, Councillor Jacqui Rayment became the city’s 800th Mayor and Councillor Valerie Laurent takes on the role of the 585th Sheriff. Both will hold the posts for the next 12 months.

Southampton has a rich history of mayoral service and the first known use of the term ‘mayor’ in Southampton was in a letter dating to around 1217. 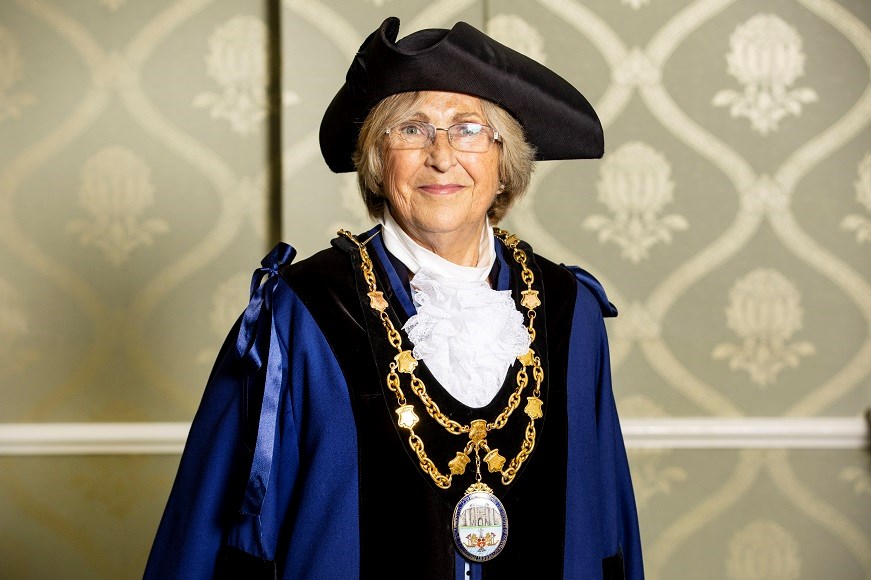 The Mayor’s charities 2022-2023 will be Street Pastors, Southampton Hospitals Charity and City Reach.

This year Southampton also welcomed the first Children’s Mayor, Amaanah Hayat, a year five pupil from St Deny’s Primary school. Children from Primary School’s across the city were encouraged to apply for the role by submitting a project idea that would help and improve the lives of children in their school community. Amaanah was chosen as the winner from 45 applications by council officers, Southampton’s Youth Council and the Mayor. 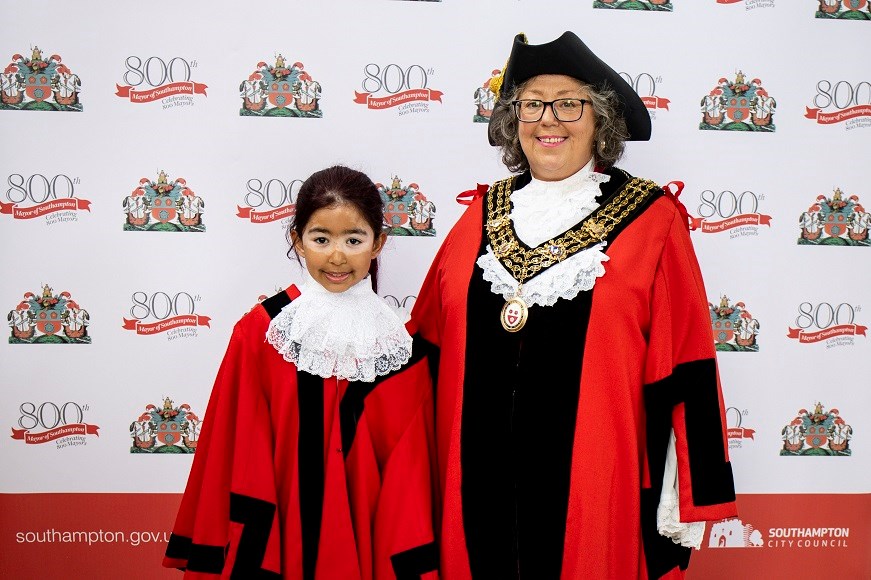 As Children’s Mayor, Amaanah will attend high profile events with the Mayor of Southampton, be an ambassador for primary school aged children in the city and work on bringing her project to life which centres on young people’s health and the environment.

The Children’s Mayor role was created to help primary aged children understand the democratic system and inform the council of the issues they care about. It is also the first year in which the role will celebrate Southampton’s Child Friendly City journey. The city recently partnered with UNICEF UK to embark on its journey towards accreditation as a city that put’s children’s rights and their voices at the heart of everything. Children will experience meaningful engagement in the design, delivery and place shaping of Southampton. They will also actively inform and engage with all strategy and policy.

The Children’s Mayor will be an annual competition and Amaanah will be involved in choosing the winner next year.

Amaanah Hayat, from St Deny’s Primary School, is excited to be Southampton’s first ever Children’s Mayor, she said:
“I am really excited and very happy that I have been chosen to be the Children’s Mayor and made history for Southampton. I really want to clean up the streets and make Southampton a nice green space and make children's frowns turn upside down.”

To invite the Mayor, Children’s Mayor or Sheriff of Southampton to your event please visit the Mayor and Sheriff webpage.