We are now in our 20th year of the prestigious City of Southampton Award. The Award Scheme was set up to recognise individuals or organisations who have given particular service to the City. 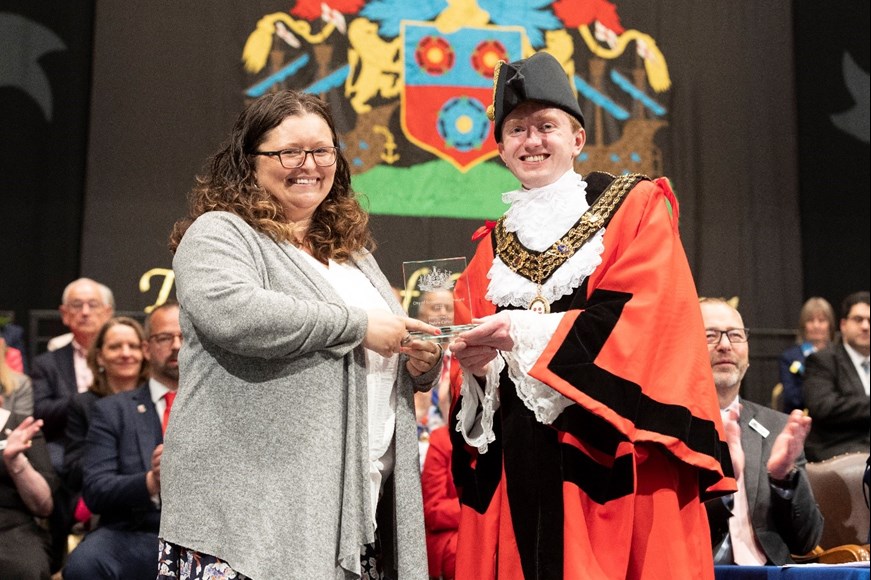 Debs Carter is an exceptional mental health survivor and advocate who has overcome extraordinarily difficult personal circumstances to make a real difference to people’s lives in the Southampton community.

Since Debs established it in 2016, Touch Network has held 70+ events with 200+ speakers receiving 400+ hours of personalised coaching, and 1800+ event guests coming to listen.

Touch has been recognised as one of the top social enterprises in the UK by the Pioneer Post and identified as ‘One to Watch’ in the Social Enterprise Index.

In developing Touch Network, Debs had been cognisant of the specific offer it provides, and has worked entrepreneurially to grow the organisation, gathering support, both financial and otherwise, through a diversity of sources. Debs’ leadership makes her a genuine role model to others, as they strive to develop organisations to meet community needs and grow social capital.

Anna founded the first Paint Pots nursery in 1993, and David later left his IT career to retrain as an early years teacher and they have worked together since. They have grown the Paint Pots group of pre-schools and nurseries which now consists of nine settings across the city (Swaythling, Sholing, Holyrood estate, Portswood, Harefield, Shirley, Freemantle).

After nearly 30 years of providing excellent pre-school education and exemplary leadership in this area, they retired at the start of 2022. The Paint Pots group will continue and is now part of the Launchpad Social Enterprise group, ensuring that this legacy lives on.

David and Anna have established a strong network of excellent, high-quality early years settings, contributing to the positive development of thousands of Southampton children over nearly three decades. In doing so, they have shown a great spirit of commitment to employing and training excellent practitioners and working together with other professionals across the city to improve outcomes for children. This has led them to roles at a national and international level, of which they, and we in Southampton, can be rightly proud. (Picture not available). 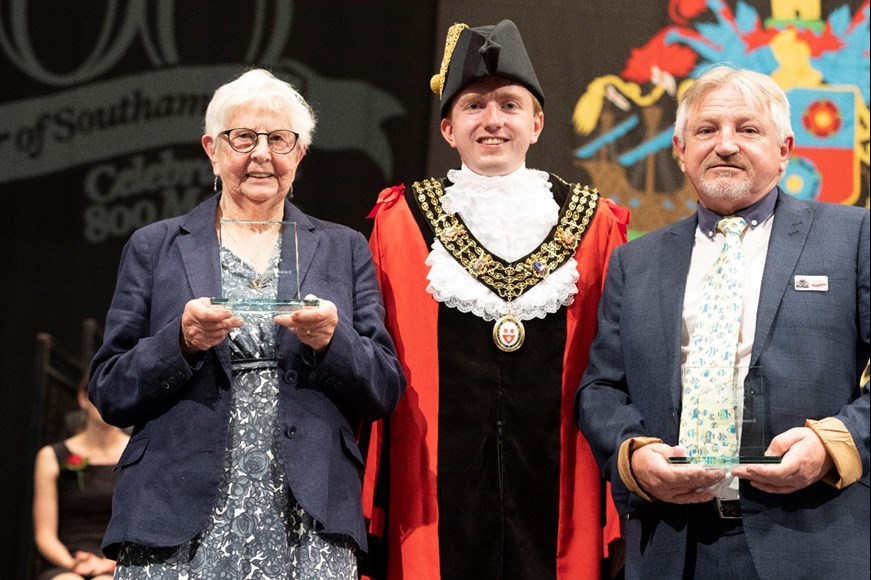 The Townhill Park Residents Association (TPRA) was an initiative by both Mr David Rose and Mr John Symms we believe in 1962. This began as a “Neighbourhood Watch Scheme” for the newly built properties and householders in the area of Townhill Park in this era. Its initial focus was to support households with drainage issues and to raise funds to support any legal action relating to this issue.

The Townhill Park Residents Association (non political/non profit making) was born with its own constitution/rules and annual membership through a £1.00 donation continues to today. It is believed that this is likely to be the longest running association within the city, and continues to flourish today.

The objectives of the association is for “the benefit, and the promoting and safeguarding the interests of the members”. Mr. Rose has given 59 years of service, Mrs. Jarvis has given 25 years and Mr. Symms being a founder member in 1962 was an active member until his health deteriorated, when his son Robert took over.