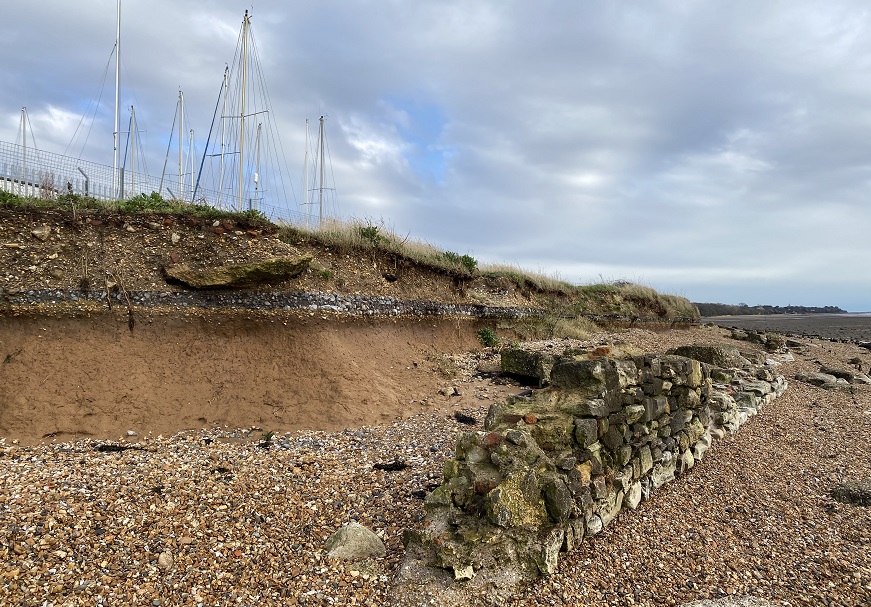 Weston Shore is Southampton’s only publicly accessible natural coastline, with areas of shingle beach and mudflats that provide a habitat for wildlife and a point of interest for visitors engaging in recreation and leisure activities.

The most western extent of the recreation ground is slowly being impacted by coastal erosion. Over the last few years, the number of storms has increased the rate of erosion and intervention is now required to reduce the risk of permanent damage and closure to the shared use foot and cycle path connecting Victoria Road to Weston Recreation Ground.

The current North Solent Shoreline Management Plan recommends a Hold the Line Policy. This means managing and maintaining any existing defences, or proving new defences where funding allows to maintain the current position of the coastline. At Weston Shore, remains of the old sea wall indicate that defences once did exist, however a new defence is now required.

Southampton City Council is a coastal protection authority which means there are a number of powers assigned under The Coastal Protection Act 1949. Whilst these powers are permissive and there is no formal duty to act, it has been decided that investment in coastal erosion defences is needed as there is benefit to the public in addition to critical infrastructure buried within the cliff line, as well as reducing the risk of erosion exposing part of a historic landfill site.

What we are doing

Southampton City Council are currently working in partnership with Balfour Beatty Living Places to develop a new coastal erosion defence for the area around the Sailing Club at Victoria Road (figure 1). The defence will start from the slipway at Victoria Road and follow the shoreline eastward for approximately 140m. It will likely consist of rock armour (medium sized boulders), which is commonly used as a coastal erosion defence due to durability.

When will it happen

The scheme received planning permission on 22 June 2022. Construction works are due to begin week beginning 15 August 2022 (subject to receipt of Marine Licence) and will run until 08 October 2022. All landscaping aims to be complete by 03 November 2022

Site working hours will typically be 07:00 to 17:00 Monday to Friday, but activities will be dependent on the time of low tide each day. During construction working hours, access to the foreshore, footpath and cycle way around Victoria Road will be restricted for public safety as we move heavy machinery and large rocks into place. The recreation ground and all other areas of the foreshore will remain accessible, however signed diversion routes will be in place, as shown below: 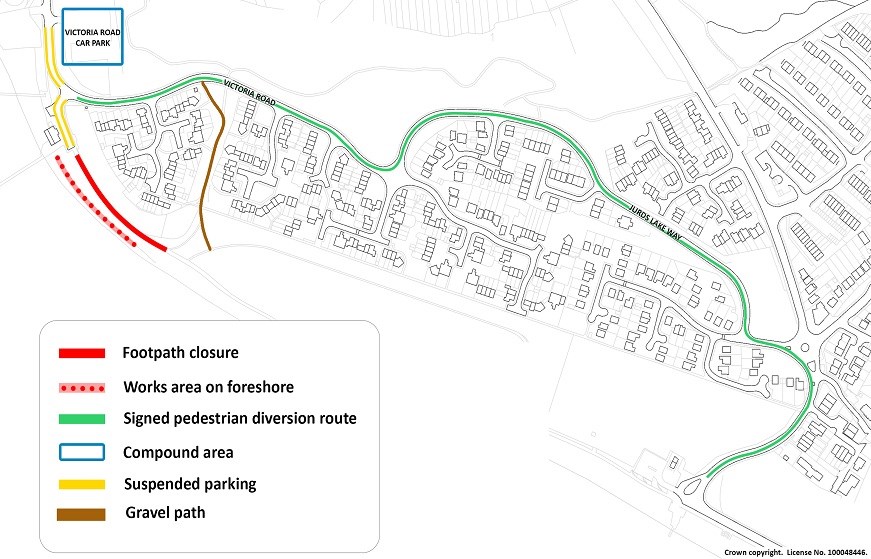 The Victoria Road car park will be closed to the public between 14 August until 20 October to allow for the safe storage and movement of equipment to and from the site. On-street parking around the sailing club will also be suspended. Alternative parking can be found at Weston Parade Car Park (on the foreshore) or next to the On the Water Cafe or by searching the find parking webpage.

Access the basketball court to the rear of Victoria Road car park will remain open, but accessible to pedestrians only.

How is the scheme being funded?

The scheme is being funded by a combination of Southampton City Council Community Infrastructure Levy and Environment Agency Local Levy.