Southampton has many medieval wine cellars hidden under the Old Town area. Currently, three of them can be hired for an event. On the High Street there are the spacious 94 High Street Vault, with its atmospheric lighting and graceful ribbed ceiling, and Lankester’s Vault, which has an attractive Purbeck Stone floor. The third one is the Undercroft on the corner of Simnel Street and Upper Bugle Street, which has stone windows providing both natural light and ventilation.

Most of the vaults are at least 650 years old but thanks to their thick stone walls and skilfully vaulted ceilings they have survived many brutal attacks, regular rebuilding of the streets overhead and repeated bombing raids during the Second World War.

So that the vaults retain their historical integrity for future generations, however, we have made only minor concessions to modern comforts! Access is sometimes down a narrow spiral staircase, the floors can be uneven and there are no toilets. A visit before you book is essential.

Some say this vault was built about 1400, based on the door and widows, but these may not be original. It was probably built around 1350. It has a fireplace, which is unusual in a wine vault, where you would wish to keep it cool, and it shows no sign of soot. Perhaps a charcoal brazier stood here when important customers came to taste the wine in winter time. 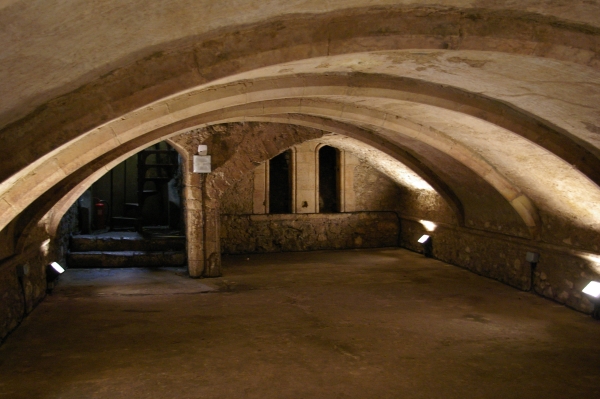 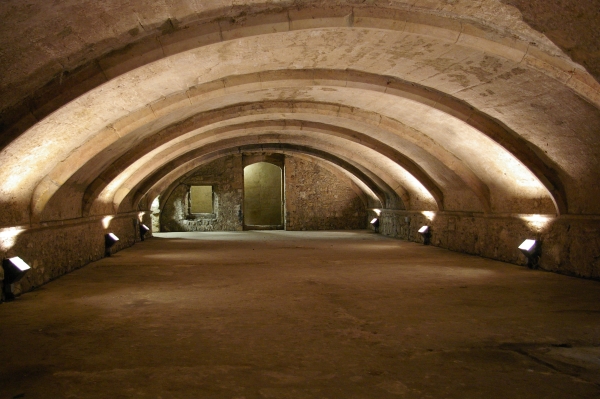 Lankester’s Vault, on the corner of High Street and West Street

Lankester's Vault gets its name from the family who ran the ironworks behind Holyrood Church across the High Street. They leased the vault during the 19th century. It is built of Bembridge stone from the Isle of Wight. Many of the limestone blocks have Roman numerals carved into them to indicate the thickness of each block in inches. These blocks were probably reused from an earlier vault. 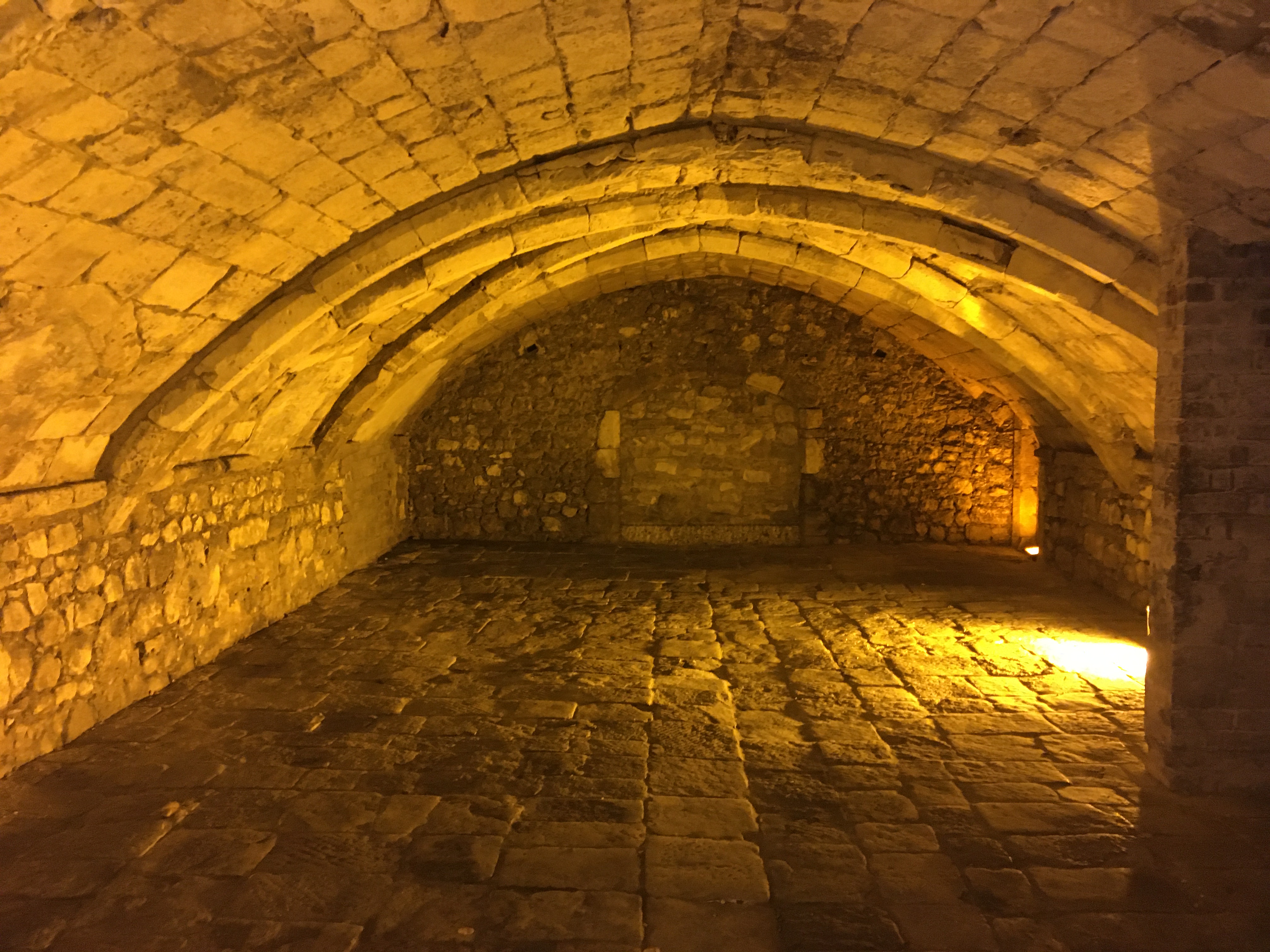 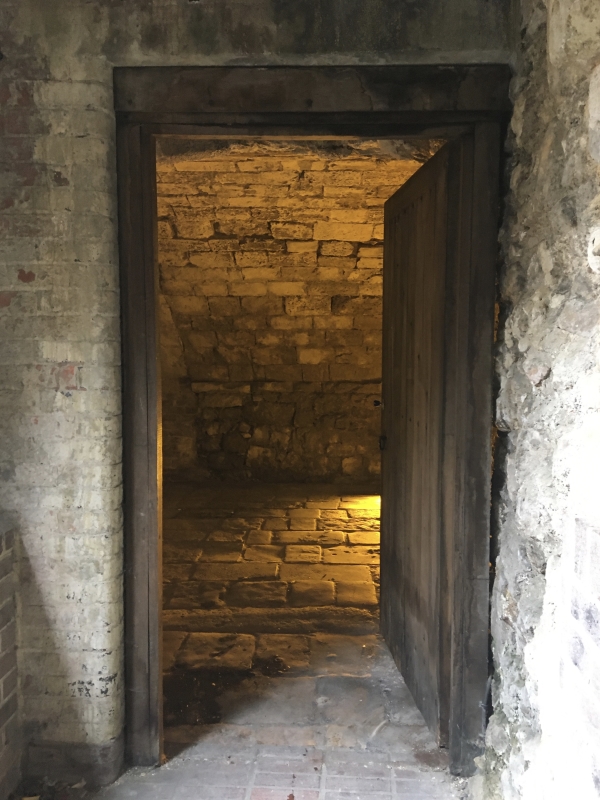 The Undercroft is particularly elaborate with its vaulted ceiling, carvings of human heads and large fireplace. Traces of paint have been found in some places so the whole interior was probably once richly painted. As the wine vaults acted as showrooms as well as stores, this might have been designed to impress prospective buyers. The wine was mostly sold wholesale to the butlers of the aristocracy who were sent to Southampton by their masters to buy a cask or two at a time. 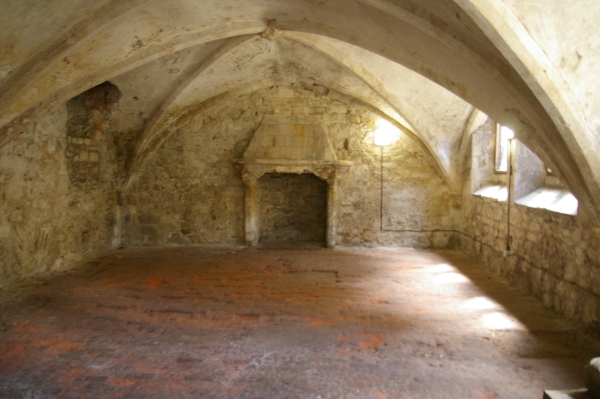 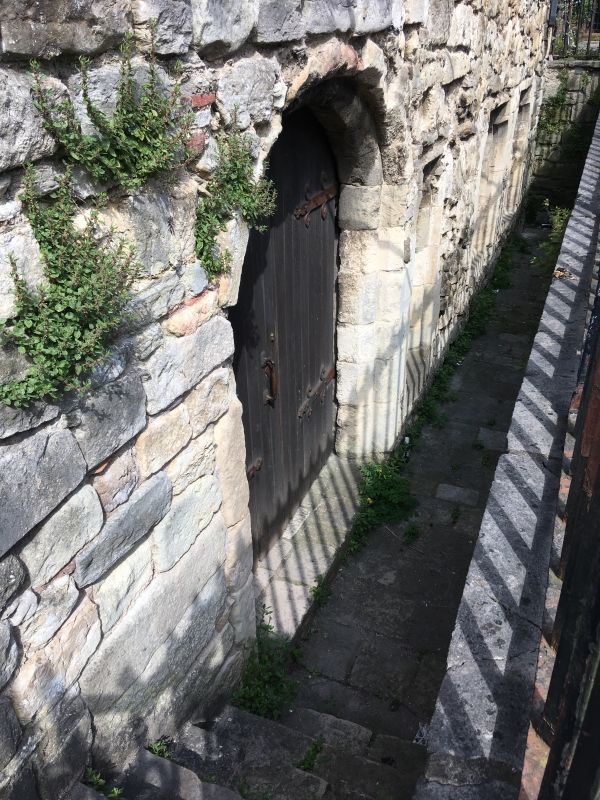 All of the vaults are Scheduled Monuments and protected by Historic England. They cannot be altered, which is why only a few have lights and power, most have old uneven floors and none of them have toilets. We ask that everyone using the vaults contributes to their long-term preservation by not attaching anything to the walls or ceilings or leaning anything against the walls whilst these ancient buildings are in their care.